"We're beautiful like diamonds in the sky."
-Rihanna, Diamonds

Credit to Ava15
Hi there, friends!
My name is Potato, and I prefer to be called that or Greenflower.
I'm a bureaucrat on this wikia, whom I work hard to serve and edit for. A proud resident of Texas, I work hard to improve myself when wrong and be a friend to those around me.

I can be found all over the wiki, in blogs, discussions, and all other fanfiction.

You want to see my fanfiction? Sure! My story is called The Adventures of Jennifer and Mya, and you can find more information here. While the series has content found here, it has since moved to its own wiki.

I have made many friends on the wiki, and I applaud and like them dearly. Some of my friends include Sisi, Ripple, and many more.

I own many OCs, including my signature Warriors character, Greenflower.

Contacts:
While I do have an email that can be contacted, I prefer to be messaged via Discord. My name there is Greenflower#7496.

Out of Universe Shippings

JasiriXJanja
Add a photo to this gallery

Jade West and Beck Oliver, one of the most volatile couples ever. They're from Victorious.

Jade West and Tori Vega, again, from Victorious. Notice the special quirks these two have? 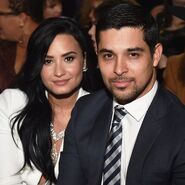 Demi Lovato and her former love Wilmer Valderrama. I still ship them, kinda.

Yes, I unofficially ship Demi Lovato and Nick Jonas, even if Demi's unreleased song Ain't No Friend throws shade towards the Jonas Brothers.

Sam and Freddie, also from iCarly. I ship them less because I don't really picture someone as wild as Sam Puckett with Freddie...

Cyrus and TJ from Andi Mack. Aw, come on, these two are cute. It's also quite ironic that Joshua Rush, the voice of Cyrus, is bisexual in real life.

Rue and Jules from HBO's breakout hit Euphoria. These two are incredible, and I like their relationship and how they're trying to work as a couple through many struggles, especially struggles within the LGBTQ community.

Sonny and Chad from Sonny With a Chance. They were cute, and while most were sad they broke up, Sterling Knight and Demi Lovato both agree that they would continue being together if there was a continuation to the show.

Amity and Luz from The Owl House. One of my favorite OOU shippings to date, these two have been heavily growing on me. History makers for Disney, cute couple for the world to drool over, including myself, who thinks Amity's girl crushing is adorable.
Add a photo to this gallery

Featured Song of the Month

For more Jennifer and Mya artwork, go check out its wiki.

Greenflower as Hello Kitty by Lopez

Headshot of Winter drawn by me

Hand-drawn Winter made by me

Greenflower by Melissa
Add a photo to this gallery
Retrieved from "https://thelionkingfanon.fandom.com/wiki/User:Potato_Flakin?oldid=511445"
Community content is available under CC-BY-SA unless otherwise noted.

Ranked #3
on this wiki