Shibli is a lioness cub and a member of the Moyo Hodari Pride.

Though small, Shibli is a distinctive cub with several noticeable traits. She is lithe and soft-featured, with a short, round muzzle and large ears. She has a skinny, hard-muscled build, with a narrow chest and a thin face. Her fur is pale tawny, dappled like that of all young cubs. It is long and silky, forming points at the bottom of each cheek. Her round eyes are carmine red, the same shade as her mother Ugonjwa's, though without the sore appearance. Shibli's eyes are bright and clear, and seem to convey that she is ready to take on anything. Her small nose is brown, and the fluffy tuft at the end of her tail is deep golden.

Shibli is a bouncy and playful animal, like most cubs. She is friendly and eagerly seeks out new companions, always ready to offer an introduction. Species does not matter to her, and she considers everyone from the cricket in the grass to the elephant in the plains to be her friend. Though energetic, she is agreeable and polite, rarely choosing to disobey her father. She likes to make him happy, and often brings him sticks and pretty rocks that she finds. She has an interest in butterflies, and likes to follow them around in order to admire their colorful wings. Brightness and color intrigue please her, and she likes to collect pretty, varicolored objects. Sometimes she displays a faint shyness when encountering other lions, but not commonly. Unusually thick-skinned, most insults or teases bounce right off of her, but talk of her mother never fails to hurt her.

Ugonjwa, Shibli's mother, died giving birth to her. Shibli was sick during her first week of life, but she recovered in time to learn how to play and pounce at the same pace as the other cubs. 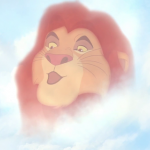