Queen Janna is the grandmother of Rani and Baliyo.

Janna’s pelt is brown, while her muzzle, paws, and underbelly are paler in color.

Her ears are rimmed with brown. Her eyes are green.

Janna is described as kindhearted and affectionate.

She is also very open-minded and traditional. 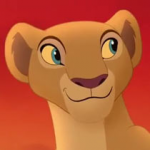